Table Of Contents show
1 What is blackjack?
1.1 A brief history of the world’s most popular high-stakes card game
1.2 Skill requirements to be a great blackjack player
2 How to play blackjack?
2.1 Fundamentals of blackjack
2.2 What does it take to win consistently?
3 What are blackjack strategy charts?
3.1 Numerically-derived strategy guide
3.2 Ensures anyone can play without getting steamrolled
4 Blackjack guide for beginners
4.1 The bare essentials
4.2 Pay attention to the dealer’s hand
5 Blackjack betting strategies
5.1 Several common methods for beginners
6 What is card counting in blackjack?
6.1 A technique designed to improve your edge against the house while gambling
6.2 Several methods have been used to further these aims

As we grow older, the things we enjoy with our free time certainly seemed to change. However, at the end of the day, regardless of the specifics, it the same old sensation.

So, You’ve heard a few of your friends talking about an exciting night sitting at the table? It seems as if one of them even came home with a decent amount of money. Now, you’re beginning to wonder whether Blackjack might be a worthwhile pursuit.

Depending on who you ask, you could receive a million different answers.

Of course, the true picture is always more complicated than a few measly words on a screen could ever convey. Nevertheless, in the next few paragraphs, we’ll make an earnest attempt.

First and foremost, the historical underpinnings of this magnificent card game are essential. To fully appreciate its illustrious stature, one must always look at the root. Although it’s been around forever to us, it’s a relatively modern invention in the grand scheme of things.

According to the best of our knowledge, it seems as if the game began to emerge in northwestern Europe. During the Age of Enlightenment, many new forms of entertainment were discovered. At first, it only resembled its modern form. It was only over many years that it finally took the shape we recognize today.

Preceded by the English card game, 21:
The first records we have of the game are derived from the English Middle Ages. Generally, it’s assumed that by the 1700s, the familiar card game, 21, was well known throughout the population.

First appeared in its modern form somewhere in France during the 1760s:
From there, the game crossed the channel and was imported into the French countryside. As more people began to play it, rules were changed ever so slightly. As a result of many years of this process, we can sit down at a table to play a hand of Blackjack.

Skill requirements to be a great blackjack player

Now, we’re done with the historical anecdotes. It’s time to get down to the brass tacks. If you’d like to be a serious player, we’d suggest focusing on the following traits. By developing them, you will be better prepared for any situation once the stakes are real.

How to play blackjack?

At this point, we suspect you’re probably dying to learn how to play the game. At least, we would be after hearing what we’ve told you so far. Thus, we decided it’s about time for us to relent. However, before we go over the basics, we would like to issue you a note of caution. It’s only out of compassion.

To begin, we will go over the most basic aspects of this game. By learning them, the information further down in the guide will be much easier for you to understand. Even if you’ve heard this before, a quick refresher is great if you’re serious about playing at your best.

What does it take to win consistently?

As always, the house has an advantage in most circumstances. Therefore, on average, you can expect players to walk away with less than they came with at the start of the night. Nevertheless, there are some who sit down at the table With an uncanny neck to walk away with a profit. For those people, what is it that makes such a difference? Generally speaking, all it takes is a little bit of strategy. Plus, a small modicum of discipline would not be bad at all either.

Knowledge of the craft:
As with most hobbies, an artisan’s experience with his craft is an arbitrator, with fatalistic arbitrations. It’s an expression of a force separating those who merely claim mastery from those who wield it.

Of course, simply spending more time in the casino doesn’t ensure you’ll become an adept player. However, without some time studying, you can certainly ensure that the possibility never exists in the first place.

The drive to train with discipline:
Besides, if you would like to become a professional, you’ll have to train like one. Go take a look at some of the pro circuits on the television. Do you notice anything in particular that all the players seem to share? From our perspective, it seems as if they can remain pretty focused even under immense pressure. You don’t develop that kind of tenacity without putting in a ton of effort in the beginning. We only see the final results, although most of the time, that took years of training to develop.

What are blackjack strategy charts?

At this point, you’re ready to dip your toes into the very basics of blackjack strategy. Any time you walk into a casino, Take a look around. We promise you’ll see a few charts floating amidst the patrons. When you see those, you can follow them to the blackjack table. In almost all instances, once you catch a glance of them, it will be a blackjack strategy chart.

To clarify, with these charts, you’ve got an instant decision-maker. Even under the direst circumstances, it is not difficult to remember the correct move.

Suppose you’ve never seen the combinations of cards lying on the table in front of you. Just grab this chart. Then, look up the right move. Since these moves for derived mathematically, your odds will always be as good as possible by using this method.

Proven to produce optimal outcomes on average:
Of course, even if you follow one of these to the letter, it doesn’t ensure a profitable outcome for each hand. It simply enhances the probability you’ll be satisfied with the way things play out. Thus, by using it throughout the night, you’ll walk away happier on average.

Ensures anyone can play without getting steamrolled

As much fun as casinos are, we always issue a word of caution to first-time visitors. Before they reached the front doors, they should study up a bit.

Otherwise, it’s easy for them to fall into a trance without even realizing something is amiss. Then, it’ll be all the easier for unscrupulous actors to pressure them into unnecessary mistakes while they are at the table.

Depending on your circumstances, you can research the appropriate move for your position:
To arm yourself against such things, the more research you do, the better. With knowledge, you’ll be able to easily sniff out anyone who is looking to take advantage of you once you are on the floor. Simply listen to your gut. Most of the time, it’ll let you know how everything is going intuitively.

So, let’s say you’ve walked through the archway to the Pantheon that is the casino’s front door. What kind of mindset do you bring to focus when you must meet the moment? By loosening your mind from the subjugations of worry, mental acuity naturally enhances. All this lies within you as a latent force.

Nevertheless, with the right strategy, you’ll never feel like your knuckles are sweaty.

Instead of the same tired, meek, and meager reply to an apparent challenge, you’ll be a barbarian charging across the Danube.

Otherwise, how else could one explain such confidence and swagger?

Normally, such an aura only emanates from those whose pockets are laden with treasures, which were amassed only after a moment so fateful.

If that’s something that sounds appealing to you, then we’ve got great news.

In the following list of essentials, we’ve summarized the core concepts necessary to add a few comments to your bank account. Of course, everyone’s results will vary. Since Blackjack is a game of chance, even the professionals can only outplay the house to such a degree.

Beyond that, risk management is just as much a part of the strategy as any kind of card counting.

If you only had a few moments to prepare, what would you want to learn before walking into a gladiatorial arena? Put yourselves into the shoes of a man living in that situation as you read the following list of succinct strategies.

Pay attention to the dealer’s hand

Throughout all of the previous examples, the primary focus was on what your hand had in it. For those who’d like to truly master Blackjack, it’s going to require something a little more intricate. Otherwise, you’ll be better than the average Joe who’s only ever played electronic Blackjack on their smartphone.

Perhaps, it’s simply a testament to time. Regardless, it’s difficult to disregard the plainly evident results of an ironclad work ethic.

Remember, if they go bust, your hands value doesn’t matter:

As long as you learn every aspect, achieving heights equal to those of legend is far more realistic than most are willing to admit.

Still, the league of elite professional players is from an entirely different league than those cut from that cloth.

Sometimes, in order to win, it’s easier to force them out of the game:
By perfectly timing your exits, you’ll stay in for as long as possible so that the dealers have been given plenty of time to blow themselves up.

A few basic strategies for you to study

What is card counting in blackjack?

Since the depiction of card counting has become so popular, millions of intrigued individuals have begun to ask a question.

In theory, it is a relatively straightforward concept. It just so happens to have revolutionary implications in the hands of cunning mathematicians.

Principally, all you must do is create a numerical system that allows you to easily track the frequency of the cards that have been in play. Accordingly, any stratagem that bears a chance of success must allow users to rapidly condense moves into my mnemonic devices. For the most part, it’s only our poor memory as humans that prevents card counting from being wielded with more efficacy by millions more.

Several methods have been used to further these aims

The “+1, 0, -1” approach:
Depending on who you ask, you’ll be given a few different answers As to which cards received the specific denominations. Regardless, the principles remain the same in any case.

Generally speaking, you’ll take some portion of the cards.

For example, let’s say you select cards with face values less than 7. Then, you would assign them the denomination of -1. Following the same method, assigned the value of zero to cards is face value is between seven and 10. Finally, assign the plus one value to all the remaining cards.

Afterward, as the cards begin flying down onto the table, keep track of a running total in your head.

As each subsequent card hits the tabletop, add its assigned value to the total from all the previous sums.

You’ll know that it’s time to make a move when you’ve got a lopsided number masquerading as a running total. Whether it’s positive or negative, at that point, it means the decks about blow.

Since all things equalize in life, by the end of the day, you’ll see a few statistical anomalies as equilibrium is brought back into the fold. Once the balance has been restored, you’ll have a few moments to breathe.

As a final word of warning, remember this is the most dangerous part of the night for most beginners. After experiencing a glimpse of success, learning when to push on the brakes a little is crucial. Without restraint, you’ll run out of fuel. It might even happen before the next countdown even starts at the launchpad. 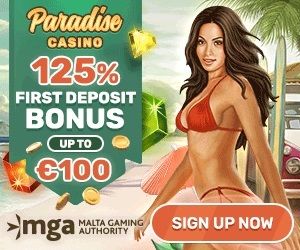 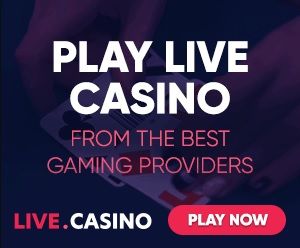 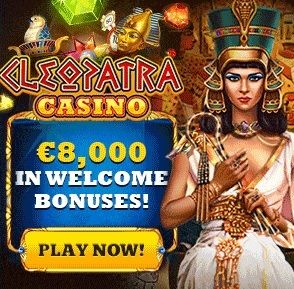 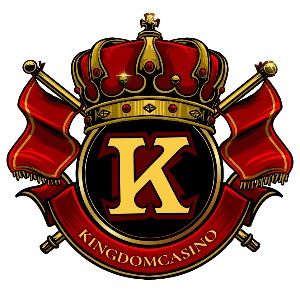 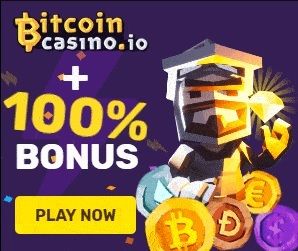